One of the UK’s leading logistics companies, Maritime Transport, has shown its commitment to the Armed Forces community by signing the Corporate Covenant.

The signing of the covenant took place at Maritime’s Head office in Felixstowe with John Williams, Managing Director, Maritime Group, putting his signature on the dotted line. In attendance were two ex-servicemen, Dennis Anderson and Les Bates, who currently work as drivers for Maritime having gained their HGV licenses during their time with the forces. Both were delighted with the decision to support the ex-services community through the signing of the Corporate Covenant.

“It’s great that Maritime have now made their support for military leavers official,” Said Dennis Anderson. “Leaving the army can be a daunting experience so to start at a company like Maritime, who really value the skills you’ve already gained and recognise the commitment you can offer definitely makes the transition to civilian life easier.” 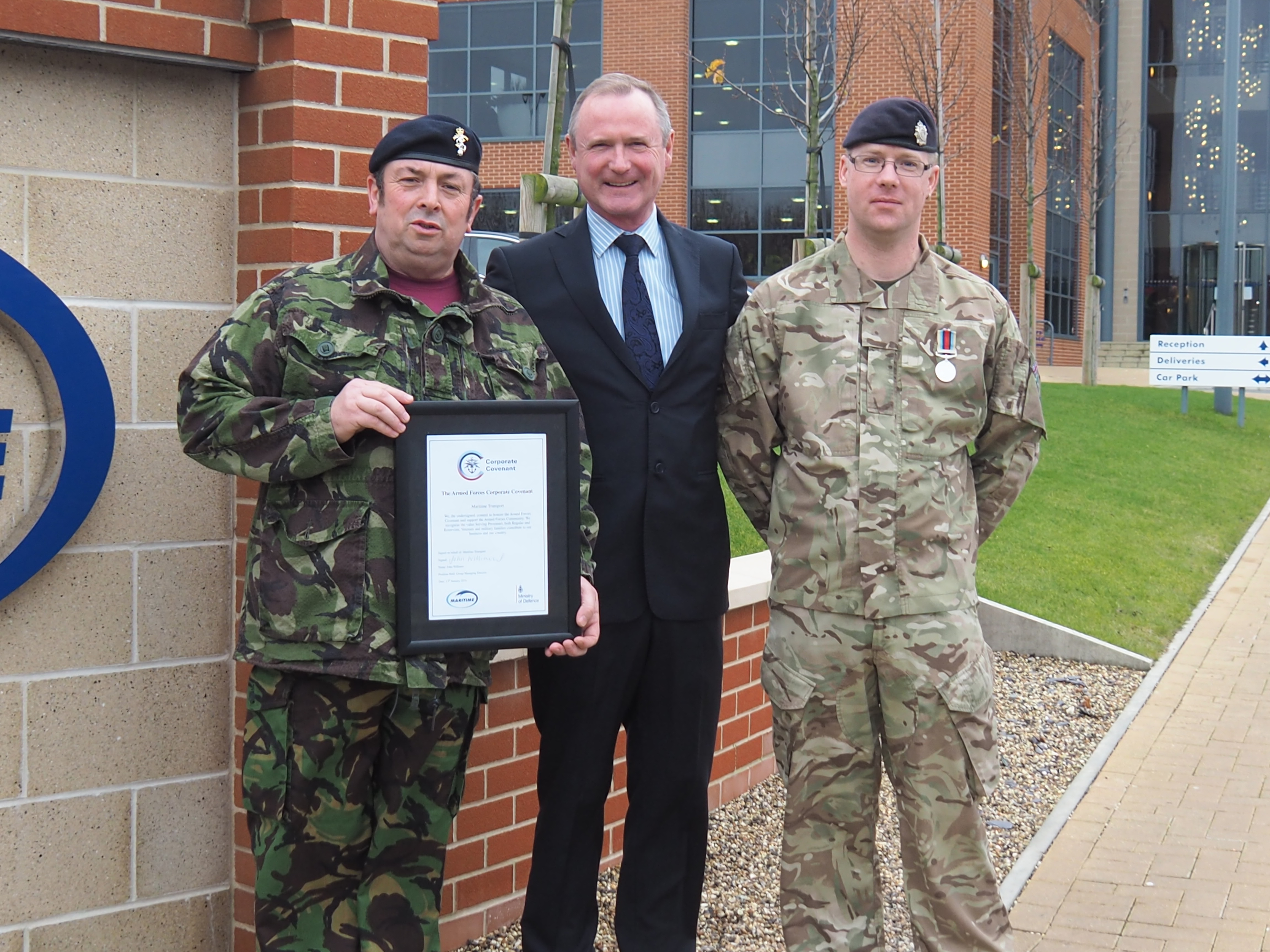 With a network of 25 depots throughout the UK, Maritime are brilliantly placed to employ military leavers up and down the country. John Williams said “As a business we are benefitting from the skill and strong work ethic our service leavers are bringing to the workplace. They learn the role fast in an environment where you need to think on your feet and we are proud to be supporting these brilliant individuals.”

Under the agreement Maritime will promote themselves as an armed forces-friendly organisation, recognising the value the British Forces play whether they are serving, reservists or veterans. The company will also look to offer employment, where possible, to ex-service leavers, along with encouraging customers and partners to join the scheme.

Alex Williams, General Manager at Maritime Transport, said “It was an easy decision for us to sign up to the covenant and express our support for ex-service men and women who have served our nation with distinction.  We are looking forward to the rest of the year where we will hopefully see more ex-members of the British Forces join our ranks here at Maritime.”